A response to the short directed by Marco Schiavon

In a world that can be so full of disarray, humans are driven to find something that gives them a way out of this chaos. For Franz, a man who lives on a small island in the Portuguese Azores Archipelago called Faial, his escape is the ocean. In fact, for the first 5 minutes and 53 seconds, the ocean is the only sound we hear. Marco Schiavon uses the ocean waves as background noise for the entirety of the film, encapsulating just how salient the sea is to Franz. The ocean is more than a second home to him. It has become his salvation.

A major theme in Agua Nas Guelras is adaptability. This can be seen when Franz describes the time when he first moved to Faial in 1996. Although it was a big adjustment, the integration was easy for him, as Franz navigated his feelings through diving.

While Franz’ lifestyle may be seen as disconnected to the world outside of his island, I think he is more connected to this earth than most of us. Franz says his friends, who left the island and didn’t come back, “fell into the net.” By this, he means they have succumbed to a life that is void of the values that are demonstrated through his island life. Their ambitions are meaningless on the island, he explained, saying “They don’t mean anything here.”

Despite the fact that the film exalts the idea of adaptability through Franz’ life, we see a sort of preservation on the island. Some ways of life are kept the same, rooted in an ancestral influence. With limited technology, connection with people and nature is elevated. People who live in this “isolation” are happy, as we see Franz’ pride in raising his children here.

“Something inside me starts to go wrong. I begin to feel a certain anxiety…”, the swimmer says. He explains that water pressure forces humans to feel the need to breathe. He talks about how humans have been able to adapt to this pressure with technology. In the same sense, we see as this parallels his adaptability, not only to the island, but to every change life brings. We see that his underwater haven becomes the only true breath Franz gets.

When all the stress builds up within him, the ocean is his release. I believe it is important for everyone to have their own form of “the ocean”. For me, it is my writing. Having an outlet allows people to be more in touch with themselves and the world around them. This outlet is peace in war, it is quiet in white noise, it is a heart beat in a cemetery. It tells us that there are places in this world that are waiting for us to find them, and bring us joy. This outlet reminds us we are capable of surpassing any change thrown our way. 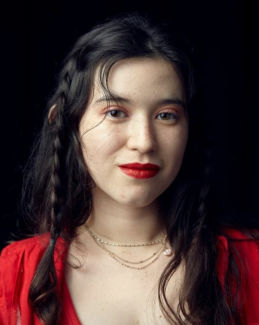